So, How Does the G Major Chord Work?

Now, letâ€™s apply the recipe for the major triad.

But what about the other 3 strings? Remember, they have to be either Gâ€™s, Bâ€™s, or Dâ€™s to qualify as belonging in the recipe.

But it doesnâ€™t matter what order they fall in, as long as they stick to the rules.

Letâ€™s check the note on the 3rd string, played open in the G chord. Itâ€™s another G!

The whole handful of six notes that appear in the G chord on the guitar, are all only Gâ€™s, Bâ€™s, or Dâ€™s.
Open In New Window 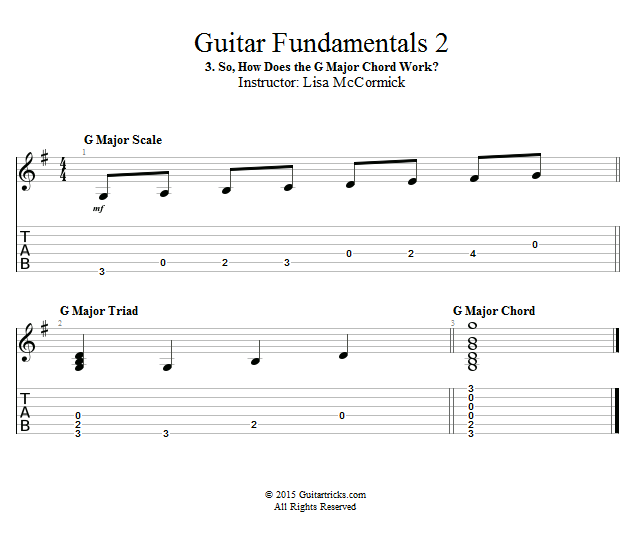