Most Chords Have More Than 3 Notes, But Why?

Let's stick with the C major chord, in open position.

But the C chord also includes the 2nd and first strings, right?
So what are those notes?

So that is the major chord in action. At its core, it is a major triad. Notes 1, 3, and 5. But those notes can repeat themselves on other strings, in any order, and it will still add up to a major chord.
Open In New Window 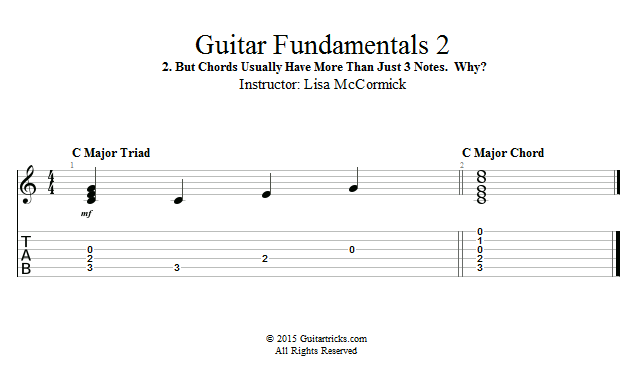