What's a 'Major Chord' Made Of?

In a nutshell, a 'chord' is a bunch of notes, all played at once.

The notes harmonize with one another, and create an overall sound, a blend.

A â€˜Major Chordâ€™ is made up of a very specific, and very simple recipe. Itâ€™s got just three ingredients. Thatâ€™s all!

To learn about the ingredients in that simple recipe of what makes up a major chord, letâ€™s go back to the C major scale for a moment.

The major triad is the building block, the basic recipe, for the Major Chord.
Next, lets look at how that works in the context of a full chord.
Open In New Window 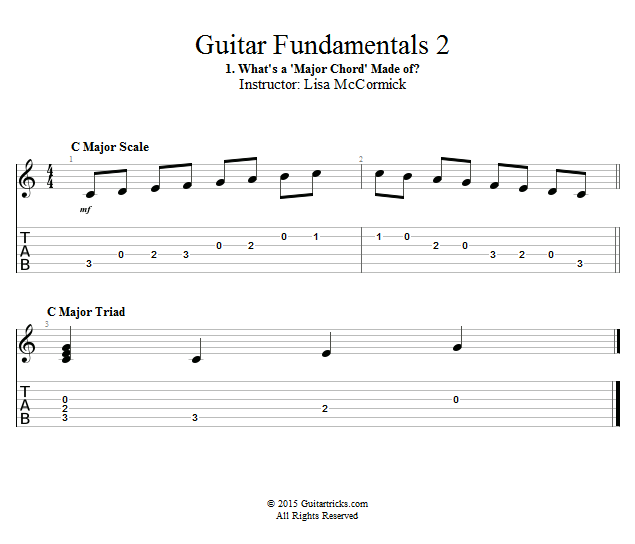