The chord progression stays the same for our entire song until the very end. After our fifth verse, we then play G to C over and over again to end as the song fades out. This does a great job of bringing the original recording to a creative end.


We are from G to C the entire time during this part, playing each chord for two beats each. This part starts at the end of the verse, replacing the turn around you were hearing before.


And again, if you want to just stick to the open chords you can do that as well during this section. 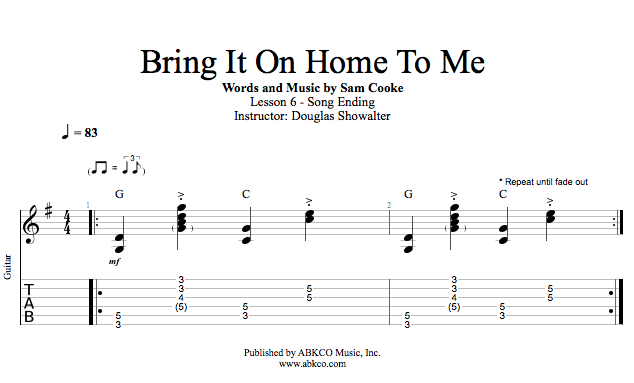