Now we're ready to check out what Guitar #2 plays during our pre-choruses. Again, while this guitar is sparse throughout, it really helps lift the song and the arrangement nicely.

First one happens before the first second, second before the second chorus, and the last one before our broken down chorus. For the first pre-chorus, you will start by playing an E5 power chord on the D and A string for two beats. For second two beats you will move from E to F#, back to E on the D string before playing a G5 power chord with a crescendo.

For the second pre-chorus, it's nice and simple. You just do a crescendo on G5 leading into the chorus.

And for the last pre-chorus, you will start in with a ringing E5 chord followed by G5. To end it, you are actually going to play D and A on the G and B strings to play the 9th of the G chord that the slide plays. 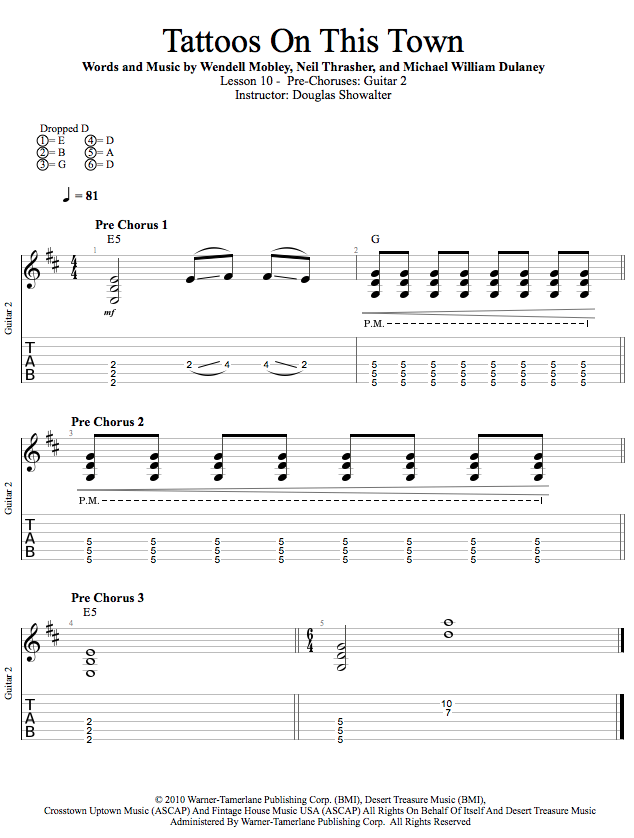