We have two verses in our song, both of which feature the same chord progression but the guitar parts vary just slightly. First I'm going to cover the rhythm guitar and melodies in the first verse, then I am going to show you what you play with Guitar #1 in the second verse. Guitar #1 is the main focus of the verses.

We will be playing our signature rhythm with Guitar #1 for the first verse, using some palm muting and moving between D and G. It's the same rhythmic motif the whole time.

For the last bar of each phrase, you will play a melody with both electric guitars that walks up the A string and includes some hybrid picking.

For the first verse, you will simply repeat the same four bar phrase twice with the turn around melody. For the second verse, you will switch the rhythm up to playing the chords for one bar each with a melody played over the G chord. This creates a really nice change and you will be playing this melody later in the song as well.

You will play the same four bar phrase twice for the second verse. 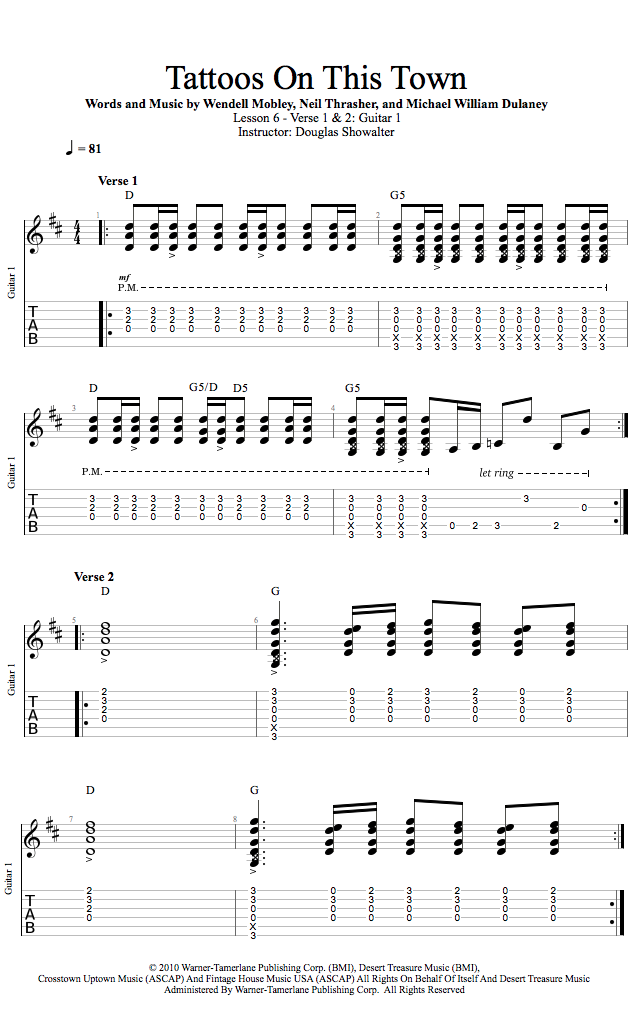