There are two parts to our intro. First is a broken down section that is four bars long before the full band enters. Once the band is in, we are into our main part featuring all three guitars! First I am going to show how to cover what you hear with Guitar #1. This guitar features our envelope filter effect along with some really cool melodies, and you will play this melody the same length at three different points in the song; during the intro, after the first chorus, as well as at the end of the song.
The phrase is two bars long, and is played over D major and G major. The first part of the melody slides from D to B to C in the higher register on the A string, with the open D string ringing.

Next bar slides from C to A to B also on the A string. Once you land on the B, then you just let the B and D ring for the remainder of the phrase. You will play this same melody for the intro, after the first chorus, and for the end of the song. It's played the same way overtime. 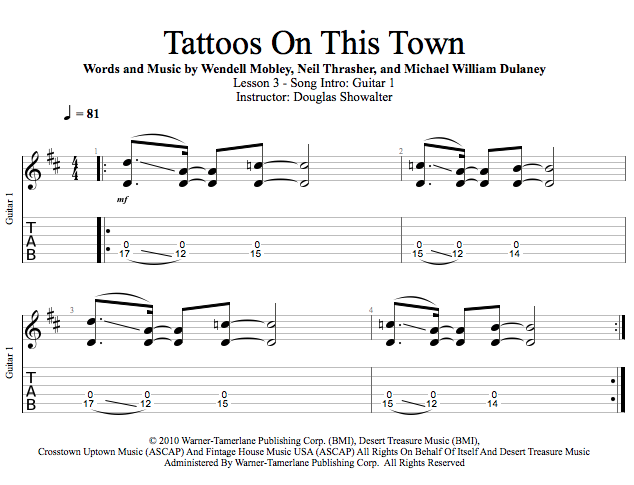