Who Needs to Win: Guitar 3 Outro

To end our song after two rounds of choruses, Guitar #1 and #3 continue with their funky counterpoint melodies while the song fades out. During this section with Guitar #3, you will play mixture of what we did during the bridge and what was played during the last round of choruses.

The first four bars are a mixture of muted strings and the same eighth note melody you played during the choruses. This part ends with some nice double stops.

The next four bars stays in the same vein, playing a mixture of double stops and strong rhythmic hits to keep the party going with Guitar #1.

We will be doing a lot more sixteenth, muted playing for the last part of this section. The first two bars vary up the melody, and after that you will play the same melody ending on B as the song fades out. 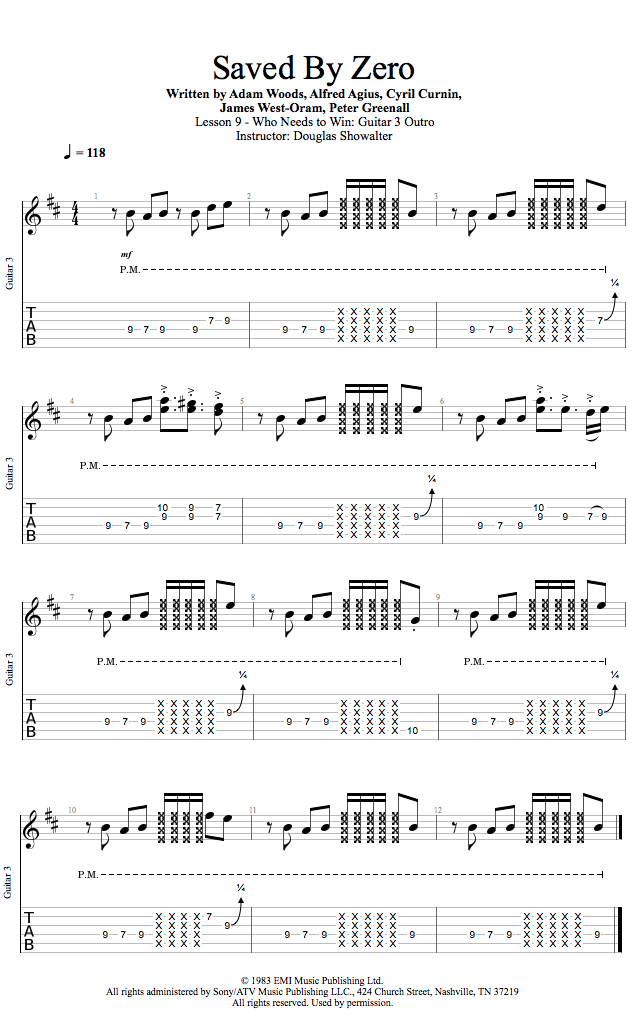