First things first. Let's learn the main motif that you hear all throughout the song. This funky line is heard in the intro, during the verses, all through the choruses, as well as during the bridge where Guitar #3 comes in and plays some really cool counterpoint melodies along with it.
The melody revolves around a B minor pentatonic scale with the addition of a C#. You want to play the melody around the 2nd and 4th frets of the D, G, and B strings. You want to make sure to emphasize the first two notes a little more openly, followed by the rest of the melody being slightly muted.

In the intro, you will play the melody seven times. For the last bar, you will end the phrase on B on the G string and let it ring into the verse.

During the chorus you will simply play this line eight times over the other chord changes, and during the bridge section you will sit out for the first four bars. After that, you are back in and you play this same melody for the rest of the song. 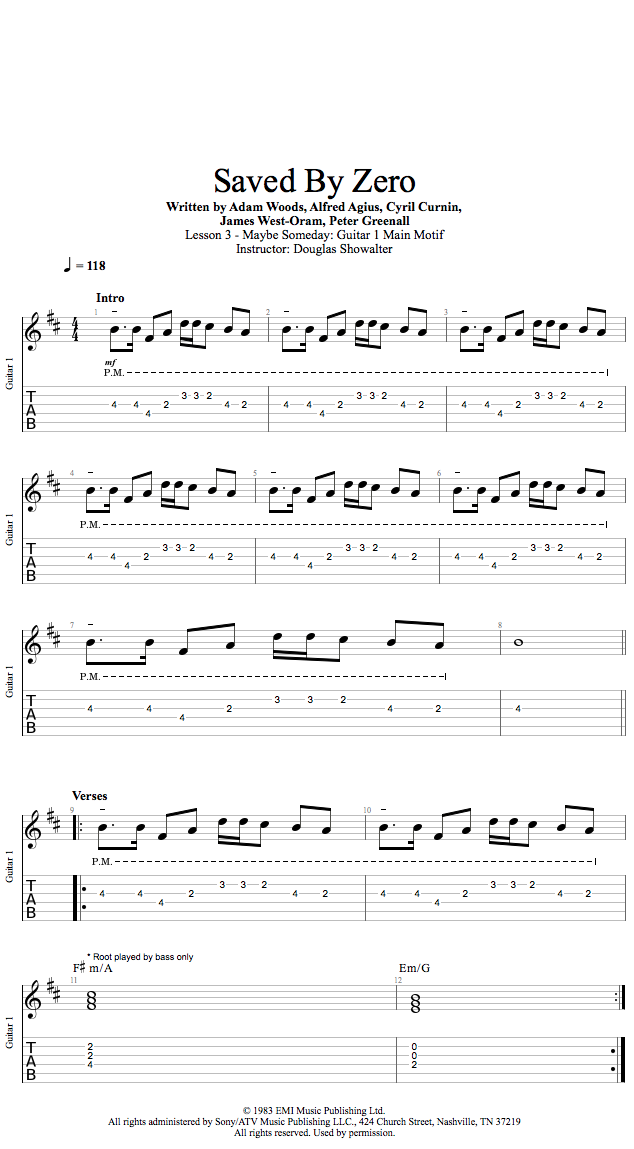