What I'm Putting Down: Verse 1

Now we are ready to play our first verse, which keeps in the same spirit of our intro only this time with some new chords. This is the only time in the song you will play this progression, which is part of the song's unique song form.

The chord progression for the first verse is:

The first two measures have the same rhythmic motif, playing a transition chord on beat four every other measure. For the second measure you voice A/C# and for the fourth measure you will play an open A.

For the next four measures, you start with a bar of G followed by A which transitions into some chord movements with G/B and A/C#. This leads us into D, followed by some rhythmic hits that are another signature part of the song. 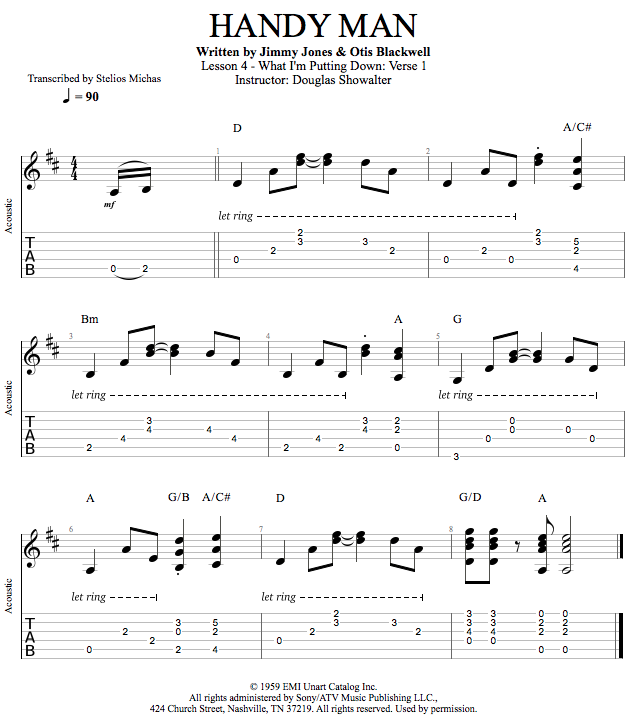