Our song starts out with that signature pick up note, into our D chord. We will then switch to A and B minor for a two bar chord progression that's also repeated throughout the track, and starts off the song with a nice eight bar intro setting up the first verse.

Our pick up notes are A, B, and D coming in on the & of 4. We then go into our D chord for one measure followed by a second measure moving from A to B minor. We will play a finger picking over each chord to outline the chords and play with the rhythm section.

During the intro you will play this part four times, leading into the first verse. This part is also played during our choruses and outro as well. 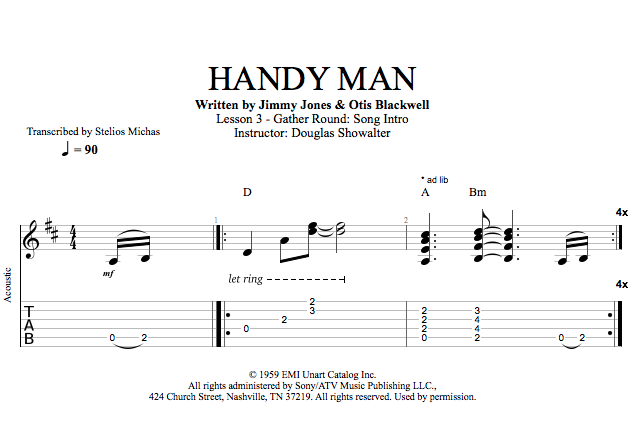