In this lesson we'll learn a basic chord progression that we can use to play a melody over. You can hear this chord progression in the previous lessons. But since we were only playing the scale it wasn't an important aspect to focus on. Now it is because we'll be building melodies and harmonies. And those depend greatly upon the underlying chord progression.

We'll play a I-V-vi-V chord progression in C major. We'll play each chord for one measure. That means we'll be using these chords. 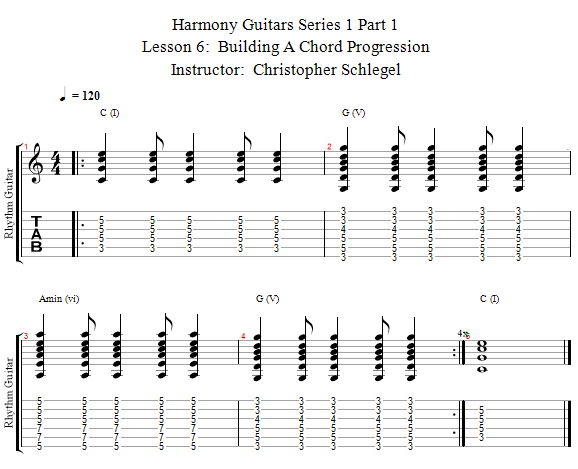