There are several verses in "Suspicious Minds," and you will be playing the same guitar part for each of them. You will be playing our main motif that we just learned, along with a similar series of movements over some different chords. The only thing that changes is how each verse ends, which I will cover in this lesson. We will also end the song with our verse guitar part

The chord progression for the first eight bars of each verse is:

It will end the same way the first and third time, and you will also play it this same way at the end of our song. The second and fourth time we will play a descending chord progression from D, to C, to Bmi, and then back up to D before the chorus hits.

After our bridge, we then play a round of verses that end our song and fade out with the rest of the band, using the first ending from our first and third verses.

And once again, I will show you at the end of the tutorial how to play this part without the hybrid picking if you want to sing and play along. 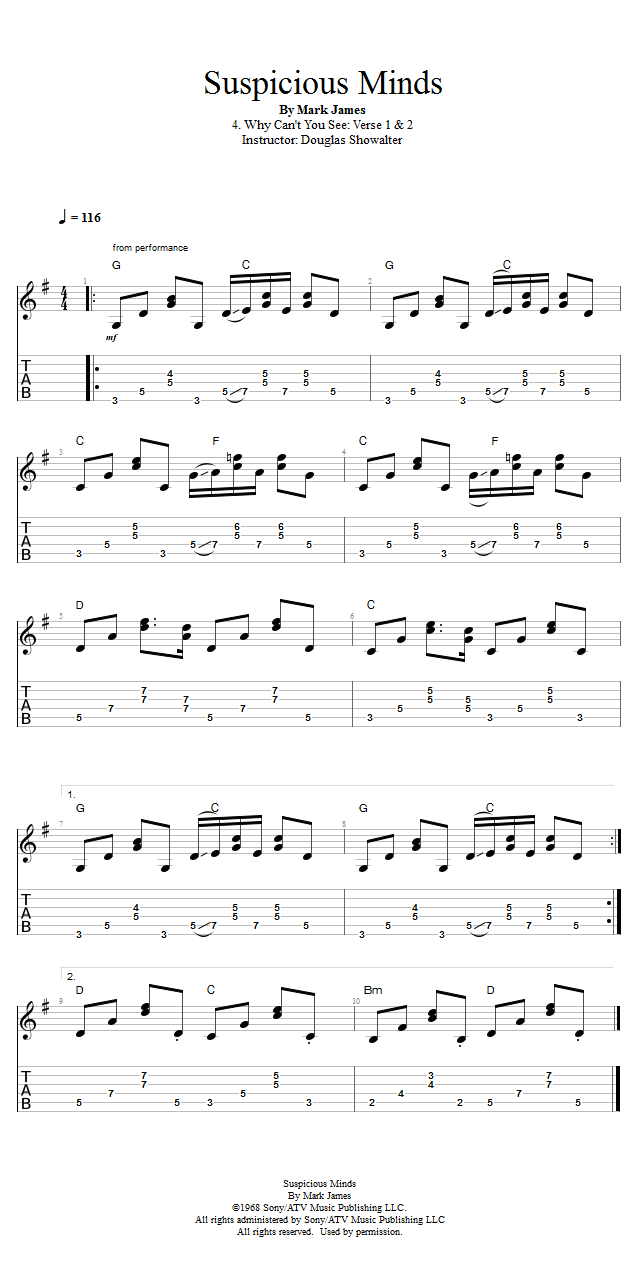