The second part of our solo is eight bars long, and we will play a series of aggressive bends and licks that are all played over our pre-chorus chord progression. Like the first part of our solo, this section builds and every lick is very intentional in telling the story of the solo.

This next part is eight bars long, and I will break it down into four, two bar sections. The first two bars play a series of country style bends with plenty of bite and energy keeping C ringing while bending G to A on the G string. This part sneaks in just before the first bar, and will end with a pentatonic style line utilizing some two note voicing.

Our next two bars will feature some two note voicings that mostly stay in the pentatonic scale with a few additional notes as well. You also be playing B on both the D string, and B string to bring in an additional note that adds to the solo.

Now with the vocals in, we are now going to play a repeating melody involving C, D and A which will end with a slide playing A and D down the B and E strings.

To end our solo, we will move even higher up the neck and do a series of bends that are equal parts raw and chaotic. We will start off bending D to E on the B string and grabbing G on the E, followed by a manic bend from G all the way up to Bb.

And that's how you play the second half of our solo. At the end of the tutorial during the single guitar performance, I am going to simply play the pre-chorus guitar parts we learned earlier. 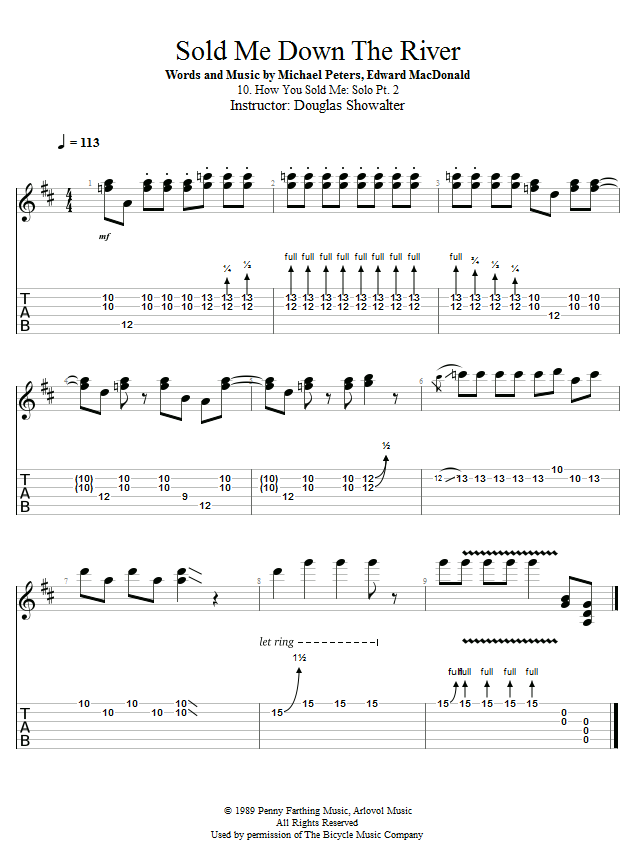