Another Way to Make the G Chord

Learn the Chords C, G, and Am

Notice that the notes that are being played in the chord are exactly the same notes in both versions, whether they be fretted or open strings. The only difference is in what fingers you are using to make those fretted notes.

When you get to playing songs which include switching from one chord to another within the context of a rhythm, you will find that one form of the G chord or the other will make a smooth transition to the NEXT chord in the song easier.

It is only necessary that you master one form of the G chord, whichever one is most comfortable for your hand. But ultimately, you'll probably want to have both forms under your belt for use in the context of songs.
Open In New Window 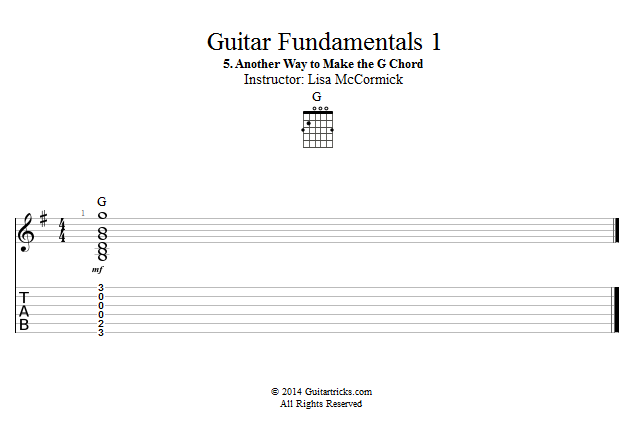