Made of Concrete: Main Riff Guitar 2

Now let me show you how to play the high part of the intro riff, which is played by the lead guitar. It's basically the same notes, but played up an octave and with certain notes harmonized. This part repeats as a "re-intro" after the 1st verse, but with a wah pedal added.
Open In New Window 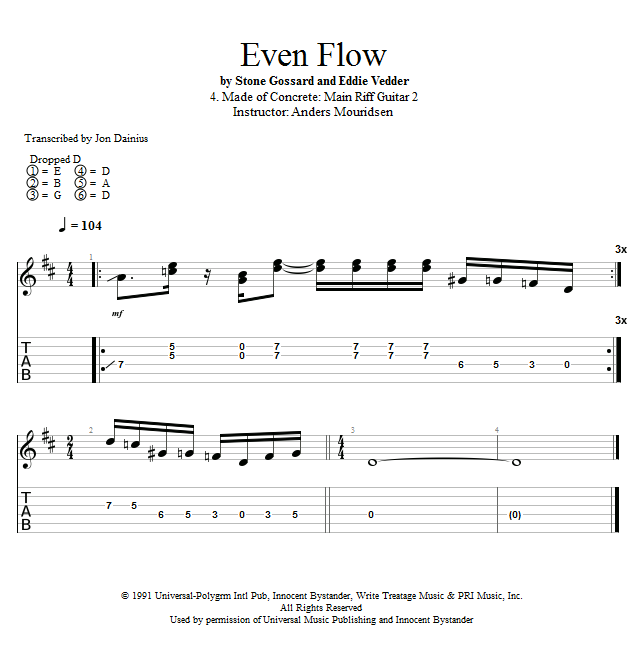