For the verses, guitar 1 is playing a boogie rhythm and we'll be using some major triads to give some color to these chords. We'll start on A major and you'll play the tonic and the 5th on the E and A string - but you'll also get the major 3rd in on the G string. So we'll start out on the A major triad but I'm also adding the major 6th and the b7 on the A string to really get the boogie feel going. Notice that I'm also pedaling the 5th in between each change of notes.

Then we move up to a D major, same voicing as A major; but here when we play the boogie pattern, we just go between the 6th and the 5th. Then we go down to C major and we'll be doing the same thing as we did on the D. Then back to D again to complete one cycle of the verse progression.

Now there will be a couple of variations that happen in the different verses. The most common one is that the A major a lot of the time doesn't go up to the b7 but simply stays doing the same thing as we did over the other chords. Another thing that occurs randomly throughout the verses is that there will be some rhythmic embellishments, throwing some 16th notes into the mix.

Also notice that this is the same progression we'll be playing during the solo section. 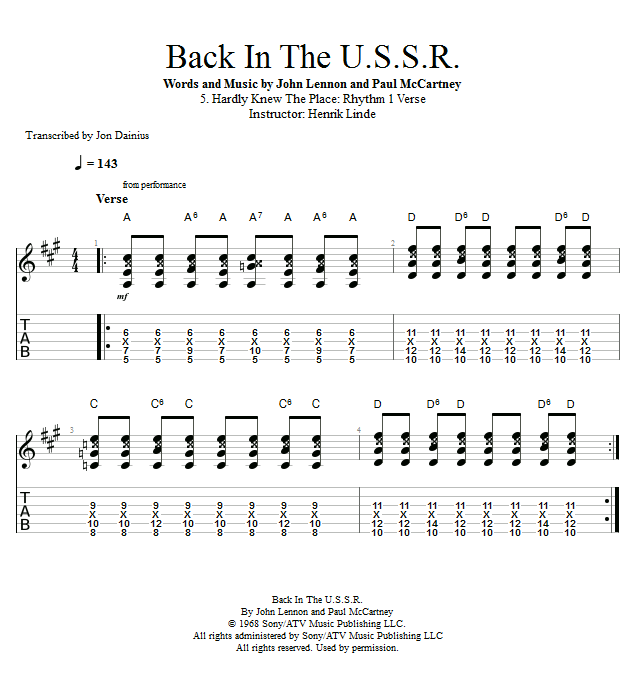 Instructor Henrik Linde
Artist: The Beatles
Song: Back in the U.S.S.R.
Difficulty: