The Man Comes Around

Guitar 3 is very similar in this part of the song; the only thing that's different is the F and C chords. Guitar 1 is going to be playing a just the major triad of F, so instead of the triad we're playing a full F major barre chord here; when we get to the C chord we'll just play the standard open C. It's not a big change but we're going for fullness in sound here and it's important to lock in with guitar 1. 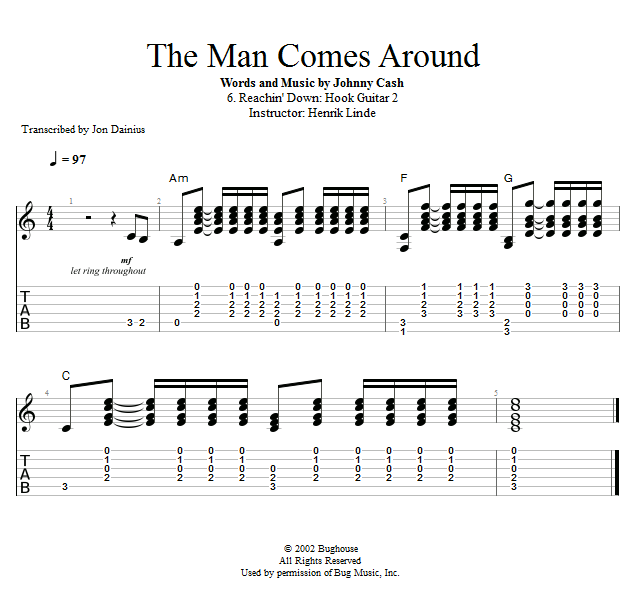 The Man Comes Around