It's All Right: Blue Notes

In blues and jazz, as well as many other forms of American music, some of the notes of the major scale are altered to substitute "blue notes" which are sung or played at a slightly lower pitch than that of the major scale for expressive purposes.

The "blue notes" are usually said to be the flattened third, flattened fifth, and flattened seventh scale degrees. The flatted fifth is also known as the sharpened fourth, and it may be used in conjunction with the regular fourth and fifth notes.
Open In New Window 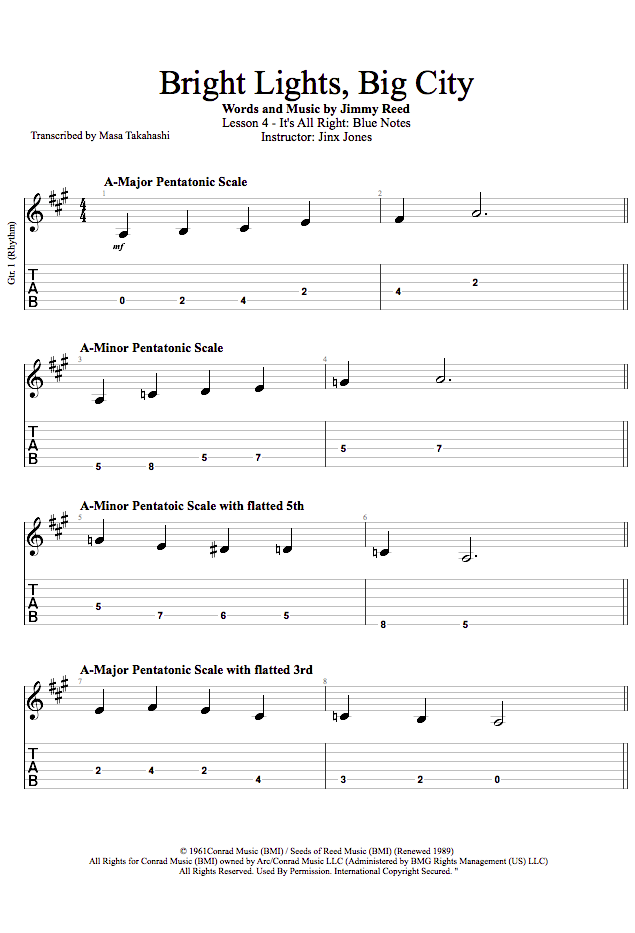 Are you a beginner?
Click here for our "Songs Made Easy" version of Bright Lights, Big City