Drivin' My Life Away

The little interlude after the choruses is a nice change of mood and breaks up the major sound of the song very nicely. We're switching it up here - while the lead guitar is doing some nice licks we'll hold down the rhythm.

It's nice to hear the relative minor of the E major key (C# minor) because there's so much emphasis on E major in the song already. With the lead guitar playing some very tasty stuff on top it's a very important part of the song as it gives the song longevity. 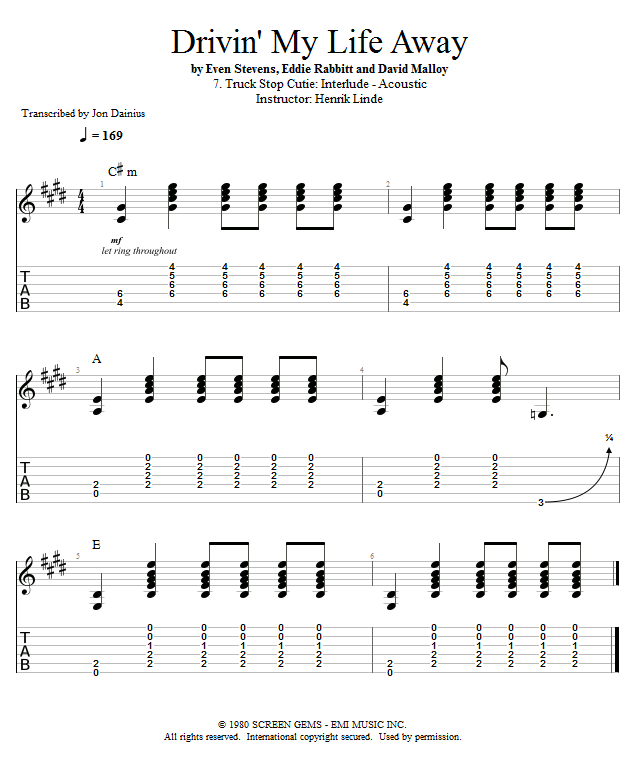 Drivin' My Life Away