A solid rhythmic groove is a cornerstone of rock music, but sometimes you'll hear that driving rhythm being temporarily suspended for dramatic effect. This technique is often used in intros and outros, but it can also happen in the middle of a song to setup an important lyric hook or the beginning of a solo for example. Some of the classical, more technical terms for these techniques would be 'fermatas" and "rubato", and in this lesson I'm going to show you how they're used in a rock context.
Open In New Window 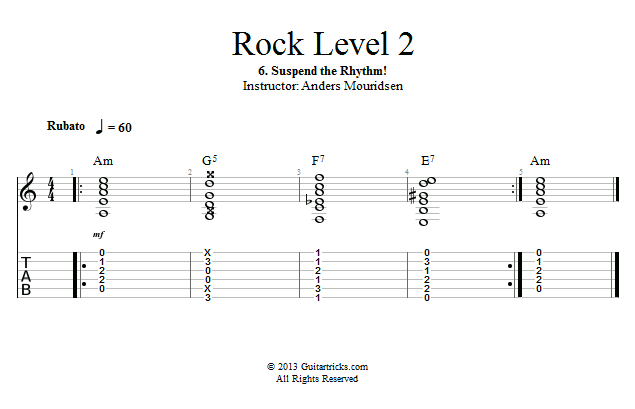