We will end our song with the first two bars of our modulated chord progression, followed by a ritard and a nice ending hit on our C chord. Key points:

1. The first two bars of our descending chord progression will be played the same way as before. Once we hit the F chord, you will begin to ritard the progression by playing the F chord once followed by two hits on the F/G chord.

2. After the ritard, we will play the C chord and let it ring to end our song. 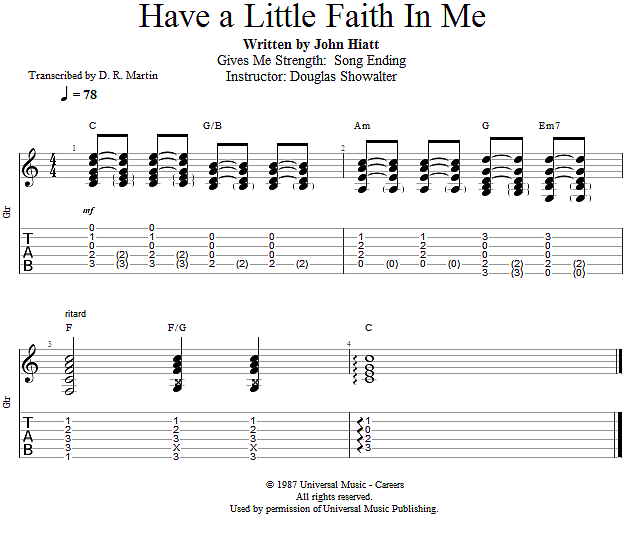