There Is No End: Modulation

After our second chorus, we will play a similar progression to our chorus only now we have modulated to the key of C to end the song. We will be playing a four bar progression featuring our already familiar rhythms. Here's some key points:

1. This section features the same four bar progression repeated three times before we get to the end of our song.

2. The descending chord progression in this section is played the same way as our chorus up until it reaches the end of the third measure. You will play F/G to F/B into the next measure, and hold the F/B for an additional eighth note before the turnaround lick. The F/B is played very subtly and is meant to resemble a G7 but it is an F triad on top.

3. The turnaround lick is the same as chorus only in our new key, playing single notes on the first three hits followed by chords on beats 3 and 4 (F and G.) 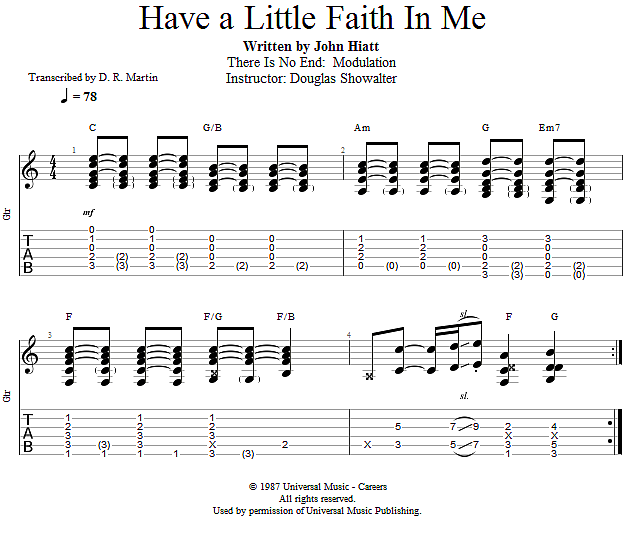