The chord to our song happens twice, and features a descending chord progression along with some really cool rhythms. Here are some key points to help you through it:

1. The chord progression is the same for both choruses but each feature a different ending.

2. The first two measures feature each chord being played for two beats each as eighth notes. The Csus4 carries over an additional eighth note into the last measure and then on the & of 1 you start the turn around the lick.

3. The single note F starts on the & of 1 and carries over into the second beat. You will then play G and A as single notes on the E string as sixteenth notes, followed by Bb to C as chords on the downbeats of 3 and 4.

4. You will play this turnaround twice in the first chorus, and once in the second chorus. The second chorus ends with the same rhythm but does a modulation into the key of C.

5. You will switch the Bb and C chords to G and G/B. This does a great job of taking us into the key of C. 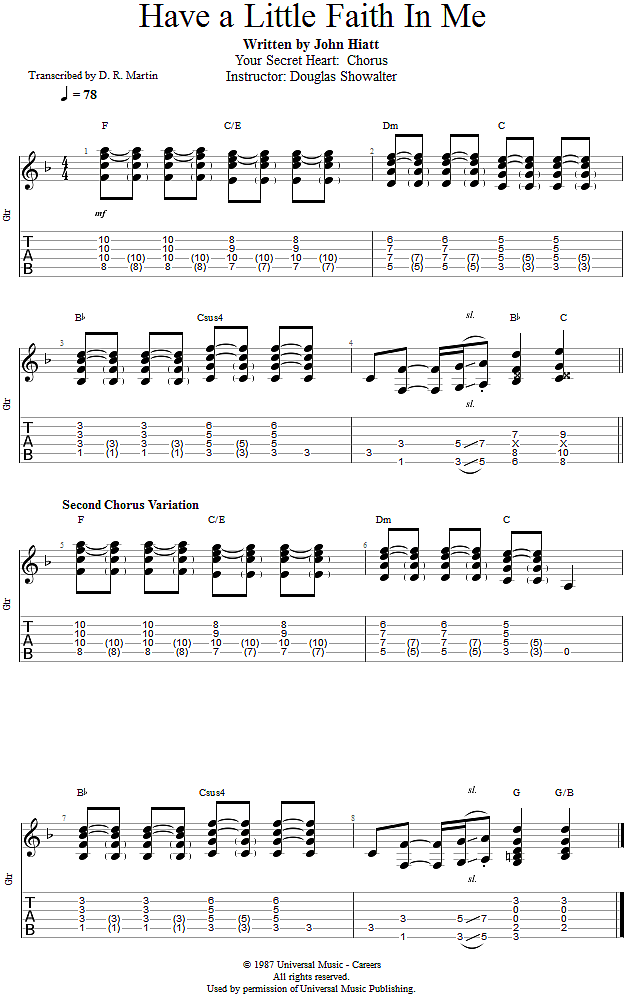