All three of our choruses feature our steady acoustic guitar rhythms and strumming playing the same chord progression we played in our intro. The first two choruses are the same, while the third has a different ending which we will look at in another lesson.

1. The first and second choruses are both sixteen bars long.

2. You will play with the same strumming patterns and dynamics as you used in the intro the song.

3. Make sure to emphasize the Bb minor chord by strumming all the notes of the chord with a downstroke using your first three fingers. 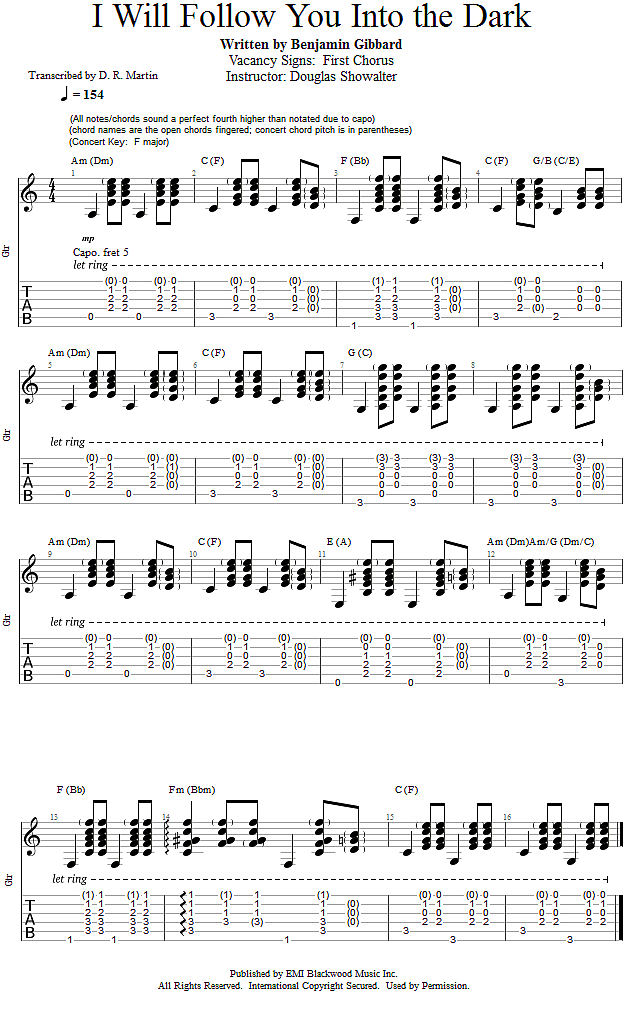 Instructor Douglas Showalter
Artist: Death Cab for Cutie
Song: I Will Follow You Into the Dark
Difficulty: