We're starting the A section with a really interesting movement. We're not really playing full chords here, more like triads and some broken down versions of full voicings.

Again, for this type of guitar playing, finding the right voicings are crucial. You don't ever want to wander into another instruments range by playing chords that are too clustered with notes. It goes back to the old funk and Motown songs where everyone had their place and function in the arrangement. It's all about the sound of the song as a whole, not how awesome the guitar player is.

Check out the variation of this part that occurs later on in the song, where instead of staying on the last E we do some ensemble hits on an A/B chord.

Also take notice to how the rhythm is just a fairly basic but steady strumming pattern, it's actually not even so much about the strumming as it is about keeping the tremolo effect constant. A pretty interesting approach to rhythm playing in general. 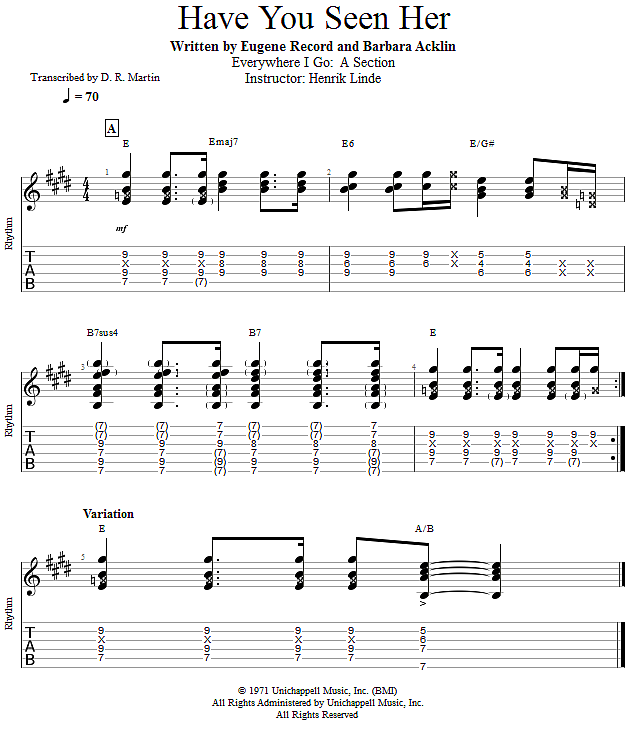 Instructor Henrik Linde
Artist: The Chi-Lites
Song: Have You Seen Her
Difficulty: