Both guitar will join in unison, playing the same heavy chords for the second part of our bridge leading into the final hook of our song. There are layers of vocals and effects during this section, but at the core are some simple power chords and some extensions using our low tuning. Here are some key points to help you through it:

2. You will apply the same anticipated rhythm during this section as we have been playing throughout the entire song, playing every other chord on the & of 2.

4. The fourth time through the progression, you will stay on the G#5 and will palm mute eighth notes for 3 beats of the final measure hitting on the downbeat of 3. 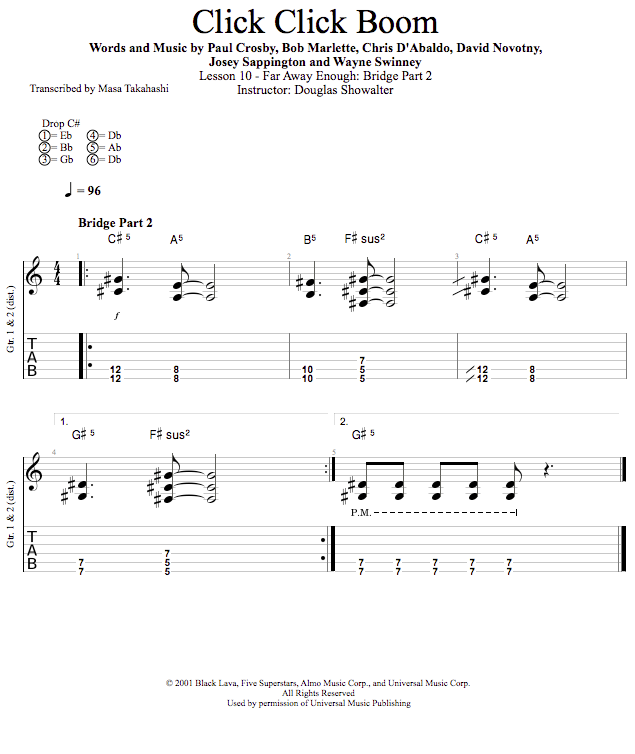