All I Could Find: Verse Two Rhythm

During our last verse, we will bring in a second guitar to thicken up the mix and play some rhythm guitar while guitar #1 also plays our intro lick.

1. The recording of the song fades out, so we will just keep playing our first progression repeatedly to end the song as the track fades out.

2. Guitar #1 will play the same parts, but instead of playing the open E chord over the last two bars of each phrase you will play the open string licks you played in the intro.

3. Guitar #2 comes in over this last verse to make up for the chords not being played by guitar #1, and this helps fill out the sound of verse. There are lots of guitars in this song playing similar parts, so this gives you an idea of how that production is done. 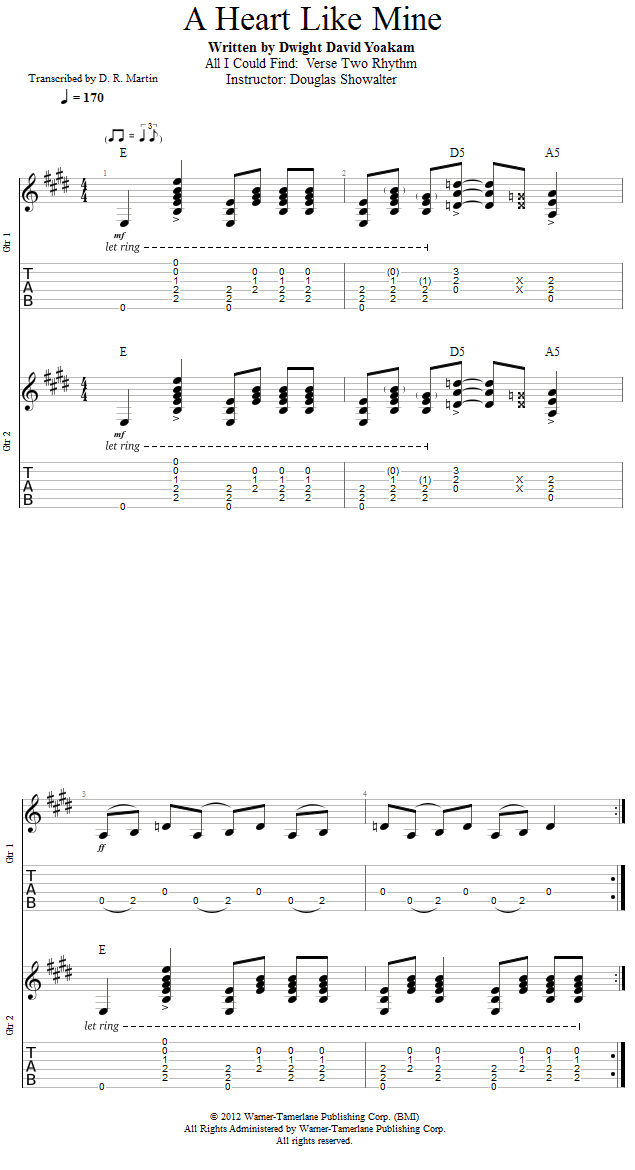