Surely Must Belong To Me: Solo

After our second chorus, we will bring in our second guitar to play a guitar solo using some sliding licks and open strings. Here's some key points to help:

1. The guitar solo is played over the verse progression.

2. Over the E chord, you will play a swung open string lick that is played by sliding from D to E on the B string while also playing the open E string. Make sure to play quarter notes all on the downbeats when playing the E and switching to the other notes.

3. Over the A and D chords, you will alternate between sliding up to G on the B string as well as sliding down to D then C#.

4. You will play this lick in total 3 times, and the last time through you will play the first half followed by a lick on the B and E strings. 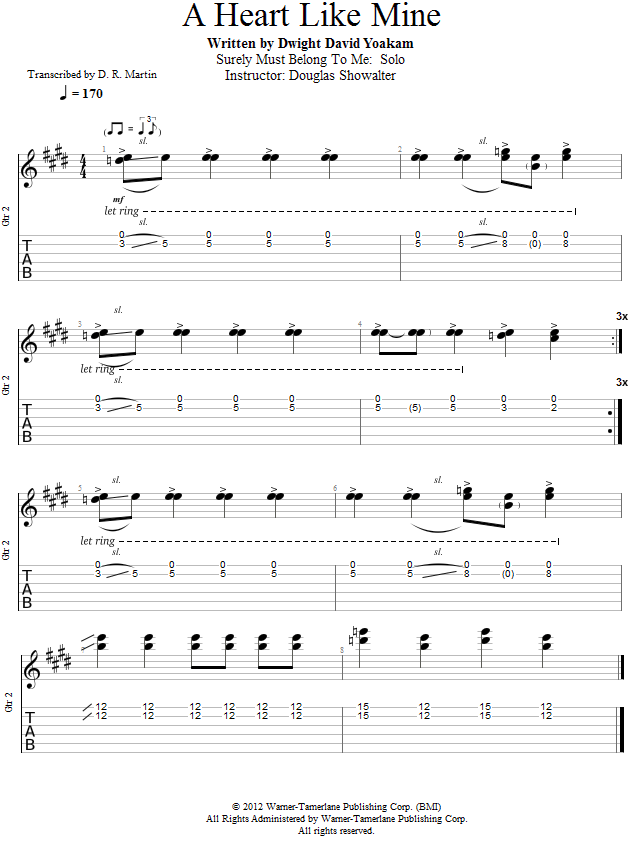