Meet Him There: Main Rhythm

The tune is counted in cut time, which makes things more relaxed feeling, even though the tempo is fast.

There is a chromatic single-note lick that ramps into the G chord at the start of each section. Also watch out for the quick chord change to the D chord near the end of each verse.

Note the bars of 3/2 that come before each new section. This is known as the "bluegrass hiccup", a hallmark of the style. It was designed to give the musicians an extra beat to move up to the microphone before singing in harmony - pretty cool!

The dynamics are important here. Over the intro/re-intro/outro sections, the dynamic is the highest, so really dig into those strums. The verse sections come down a touch so that the vocal becomes the focus.

Watch out for the modulation that occurs over the outro, as we now play the main rhythm progression in the key of D. 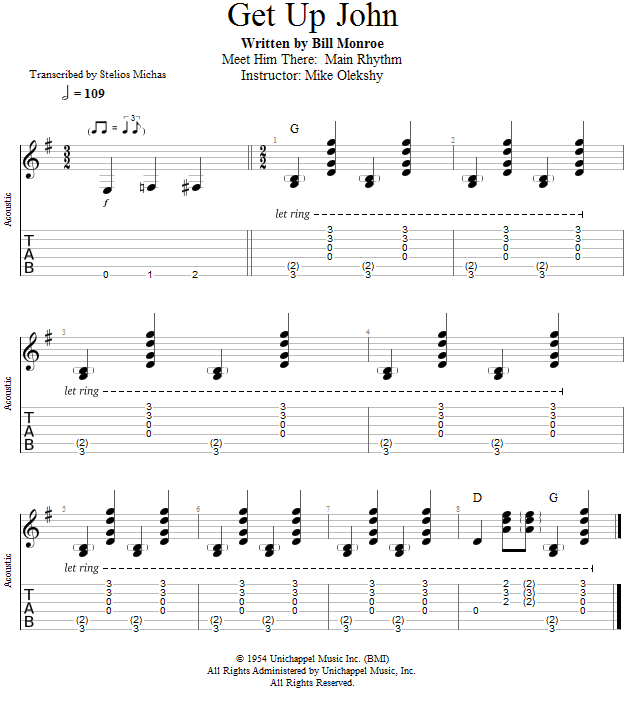