Calling From the Trees: Guitar Solo

In this lesson I am going to cover the guitar solo you hear after the second chorus. This solo features lots of cool licks, and in the recording it's slightly layered by a delayed guitar. I am going to cover all the solo licks, as well as show you how to employ some of the other guitar layers you hear to help end the solo and start the following verse. Here are some key points to help you through it.

1. Guitars #1 and #2 play the same chord progression four times during the guitar solo.

2. The guitar solo uses a mixture of bends, open strings and repetitive motifs that are really melodic and pentatonic. The key is to have the right vibe for the song, playing with lots of energy and to really play the open string licks aggressively.

3. Another guitar comes in during the end adding some layers, so emulate that slightly I have ended the solo on the E note on the G string playing it with lots of vibrato. This mixed with some feedback from the delay transitions nicely into the third verse. 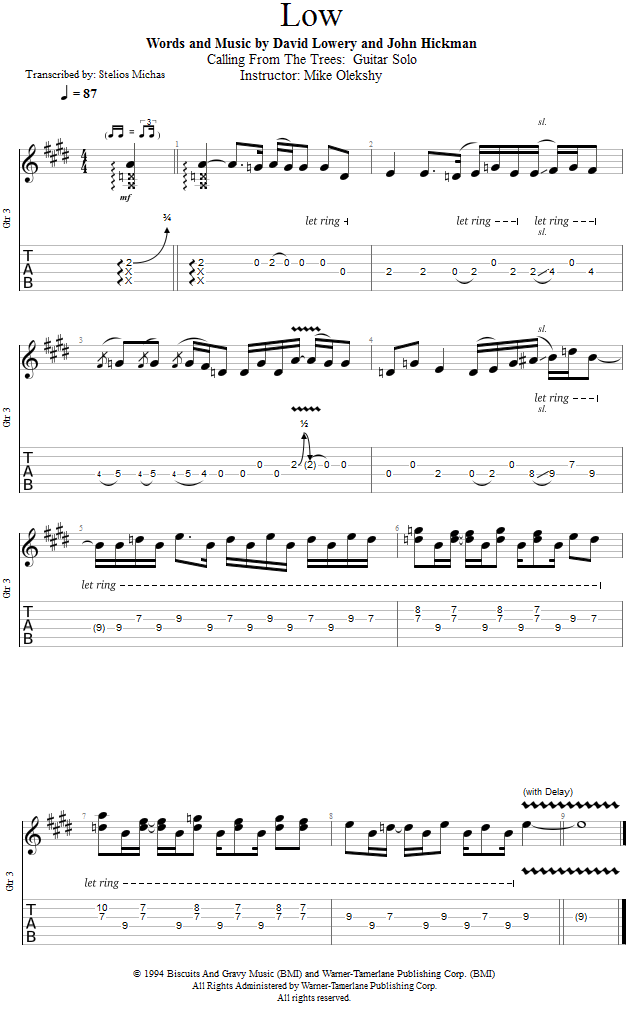