Sometimes you'll hear a guitar fill that is repeated throughout the song, but sounds more like a lick. That's because some licks become part of the sound of the song. They were probably originally improvised, but then they stuck because they worked so well. Then you could argue that it's no longer a lick because you aren't improvising with it, but the way I look at it is if it sounds improvised - we call it a lick! Let's explore this in an example.
Open In New Window 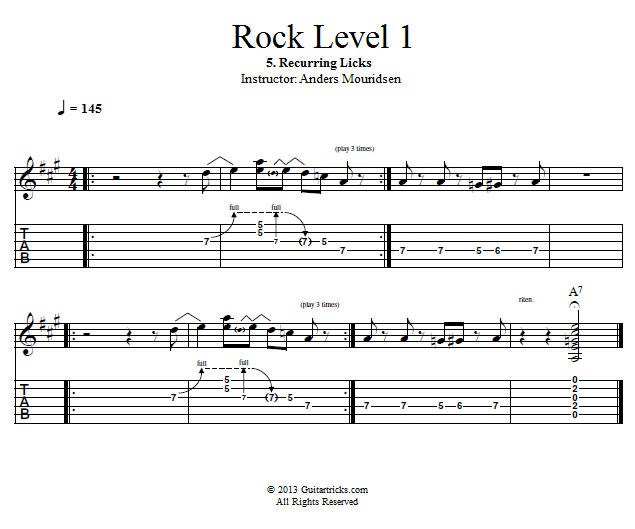