See It In Your Eyes: Chorus

Let's check out how to play the single guitar part heard during all four choruses. Here are some key points to help you through it:

1. The chorus is played four times throughout the song, the last two being played one right after the other.

2. Each chord is played twice as consistent sixteenth notes, except the B chord which ends on the & of 2 and 4 each time it comes around.

3. The harmonic breakdown of this song is I - V - VImi - IV; a very common pop chord progression.
Open In New Window 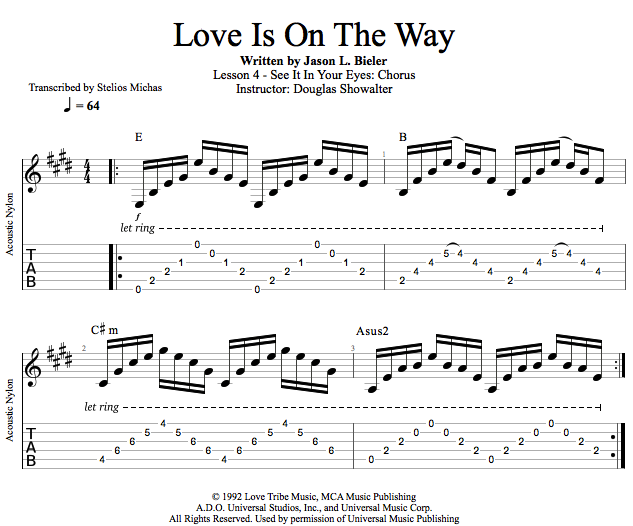