First we are going to learn how to play the main motif you hear throughout the entire song. It's played as the intro, during both verses, during the guitar solo, and as the outro. Here are some key points to help you through it:

2. The chord progression is 1 bar long, and features both chords for two beats each.

5. The C#mi9 is played as sixteenth notes for 2 beats, while the Asus2 ends on the & of 3 and comes back in on the & of 4 ending the motif with an open D string. It is played the same way every time. 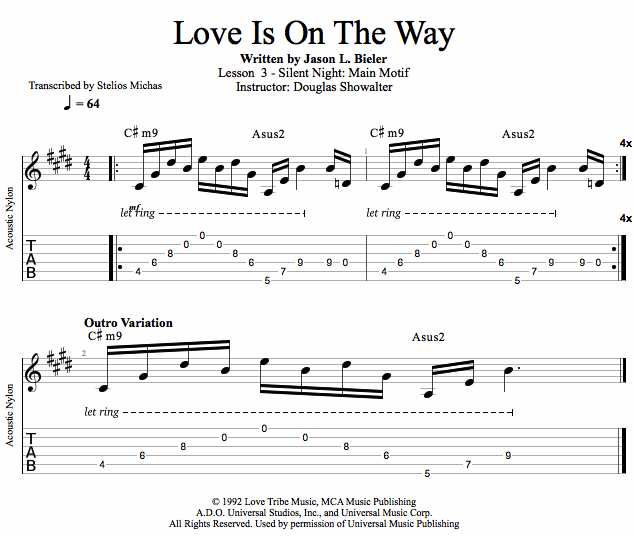