Subdivisions: Splitting Up the Beat

Now let's look at the subdivision called "eighth notes". This is probably the most common subdivision used in rock, often associated with the "chuckin'" sound that we'll explore much more in later tutorials. But for now we'll look at the theory behind them and play through a basic example that uses the eight note subdivisions in a rock context.
Open In New Window 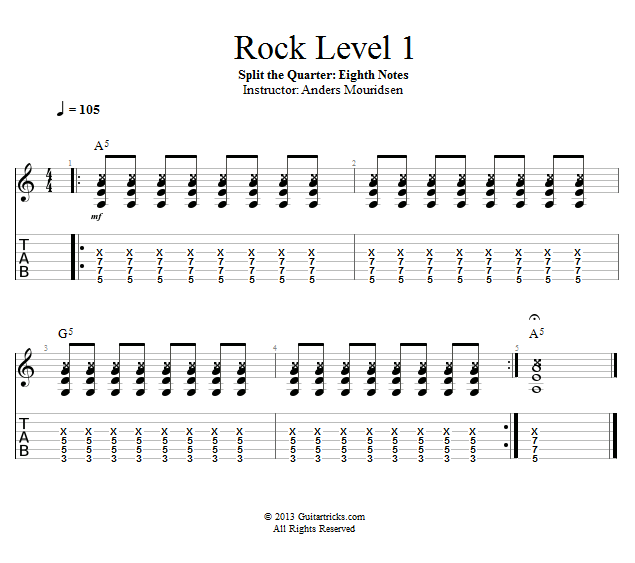