Crashing Around Me: Motif & Verses

First we are going to take a look at how to play the intro to our song, as well as how to play the verses. You will hear this main guitar motif several times throughout the track, along with the same chord progression and arpeggios for all three verses with only one slight variation during the third verse. Here are some key points to help you through it:

1. The intro motif is an Asus2 arpeggio played for four bars, each time starting with the open E string as a pickup note.

2. You will also play this same arpeggio for four bars after the first chorus, as well as for 8 bars to end the song while the track fades out. You will playing the ending melody of the phrase for the intro, and interlude; but not at the end.

4. Both the A and Asus2 chords are played with some varying melodies from the major third to the sus4. Each time the E chord comes around, you change up the rhythm just slightly, to fit around the vocals.

5. The C#7 comes in on the "and" of 1 of the last measure, played as an arpeggio to make way for the pre-chorus.

6. The only change in how the chords are played occurs during the third verse. When the Asus2 comes around during the 5th and 6th bar, the melody changes up slightly with hammer-ons and pull-offs leading into the E chord. 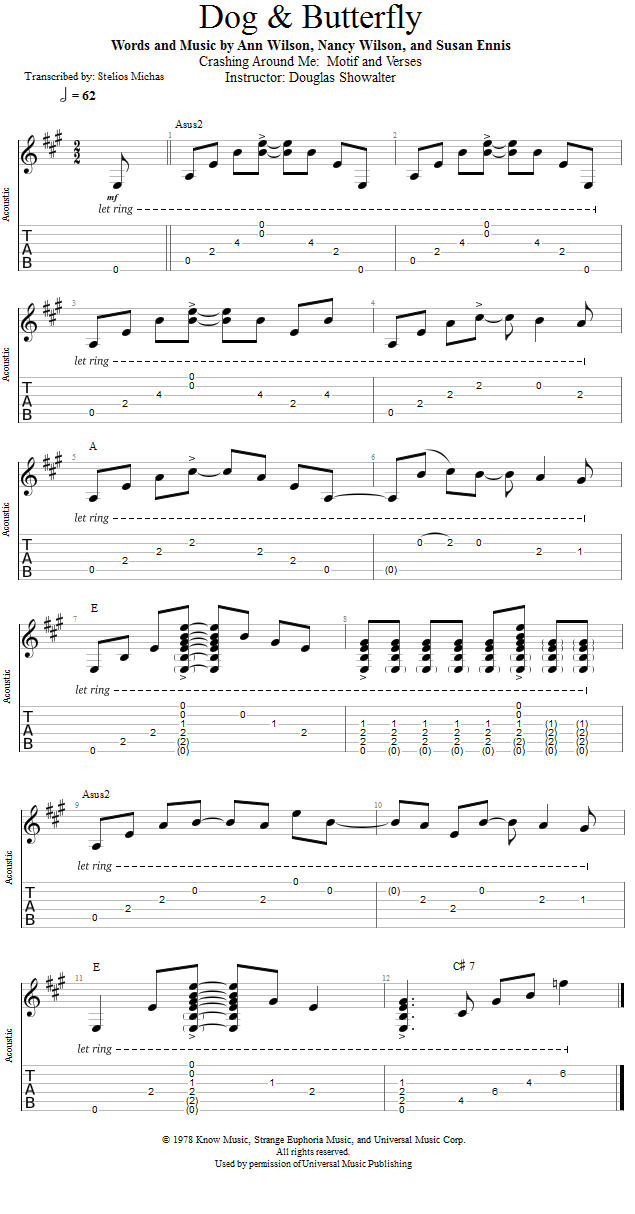