To Find A Dream: Song Intro

The intro to our song features our capoed acoustic guitar playing that signature riff with the rest of the band coming in. Here are some key points to help you out with that:

1. The E to A6 is the signature riff that switches between strumming and arpeggios throughout the rest of the song as well. In the intro, the progression will switch to full on strumming once the band kicks in.

2. The E chord is played using our familiar D chord shape, while the A6/C# is a G/B chord shape with the high E string ringing.

3. The hits the whole band plays on the A/B chord are also a common motif hear throughout the song. These occur on beat 3, the "and" of 3, as well as the "and" of beat 4 which then ties into the last measure.

4. A6/C# has a complicated name, but it's not a complicated chord. The A chord is in first inversion with the third (C#) in the bass, and the open high E string adds the sixth to the chord (F#.)

5. The A/B chord has its name because it's an A major chord, but with a B in the bass. This slash chord has a unique sound that is a great tool for adding interesting chords to your songwriting. 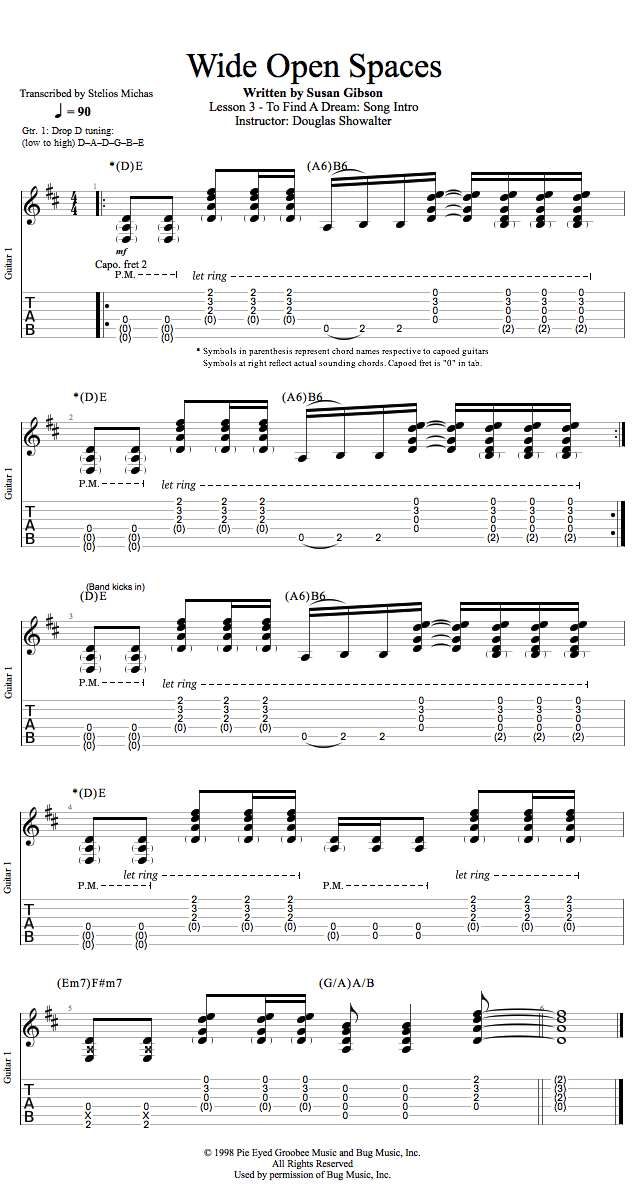 Are you a beginner?
Click here for our "Songs Made Easy" version of Wide Open Spaces