Guitar 1 plays a simple chord progression in the verses. Start out with a G barre chord at the 3rd position. The strums are very specific, and happen on beat 1 and the and-of-2 of each bar. The next chord is an Fadd9 chord, which adds a high G note to an F triad in the first position.

The Csus2 chord is at the 3rd position, and it contains a D note (3rd fret, B string) instead of the major 3rd. The final chord of the progression is a D barre chord at the 5th fret, and the second strum can be held out a little longer. 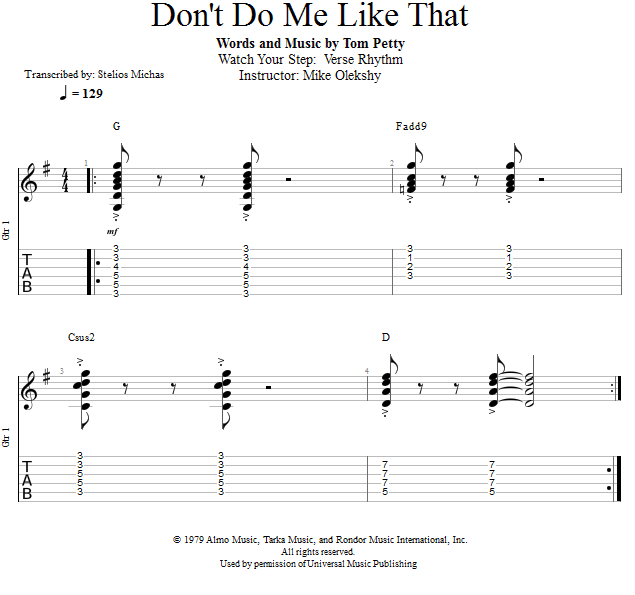 Instructor Mike Olekshy
Artist: Tom Petty
Song: Don't Do Me Like That
Difficulty: