Guitar 2 will be playing the same progression based on the same voicings, but we're going to add double stops in the open spaces between the chords.

What we're doing is playing an A power chord then fretting an A and a D and move down to A and C#. As the chords change we simply follow with the root notes of the chord. You're going to play this phrase kind of like a call and response in between every chord until the hits at the end of the progression. This is definitely an interesting way of expanding on the chord progression.

In fact, it's a cool thing you can do with your own songs to spice up the progressions. It's all about finding new ways to play the same good ol' chords.
Open In New Window 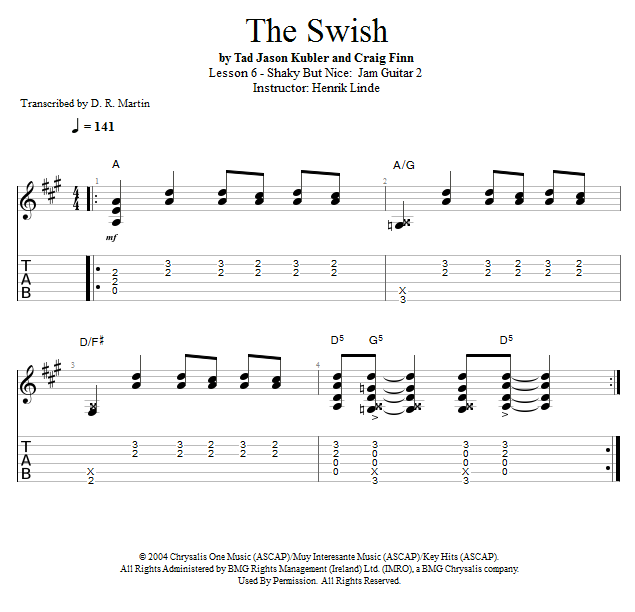