Previous LessonNext Lesson
The second lick of our example 2 is also in A minor. But this time we are going to play triad arpeggios that outline a chord progression instead of a scale like pattern. The technique involves playing two of the arpeggio notes on one string as a pull-off, then playing the third note on the next lower, adjacent string. The progression is very Baroque-Classical and follows a circle of fifths pattern.

This is another very typical part of Blackmore's playing style that is very influential. 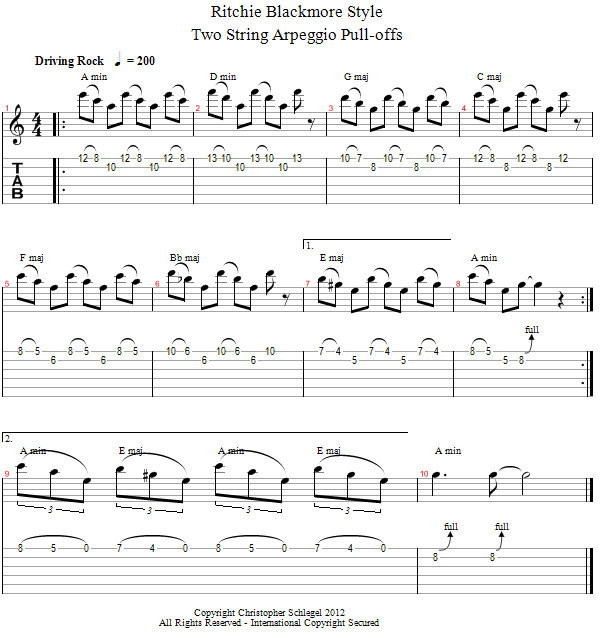