A lead guitar plays some nice fills in between the vocal phrases after the key change. The first lick is a quick lead-in to the key change with a hammer-on then the low E string ringing out over the E chord. The next lick features some full step bending that sounds great against that G#m chord.

The next lick features some quick hammer-ons and pull-offs based around an Emaj triad shape at the 12th position. You'll slide down to the 9th fret then the 4th fret to end it off. The final lick ascends up the E major scale, creating some nice tension into the second half of the progression.
Open In New Window 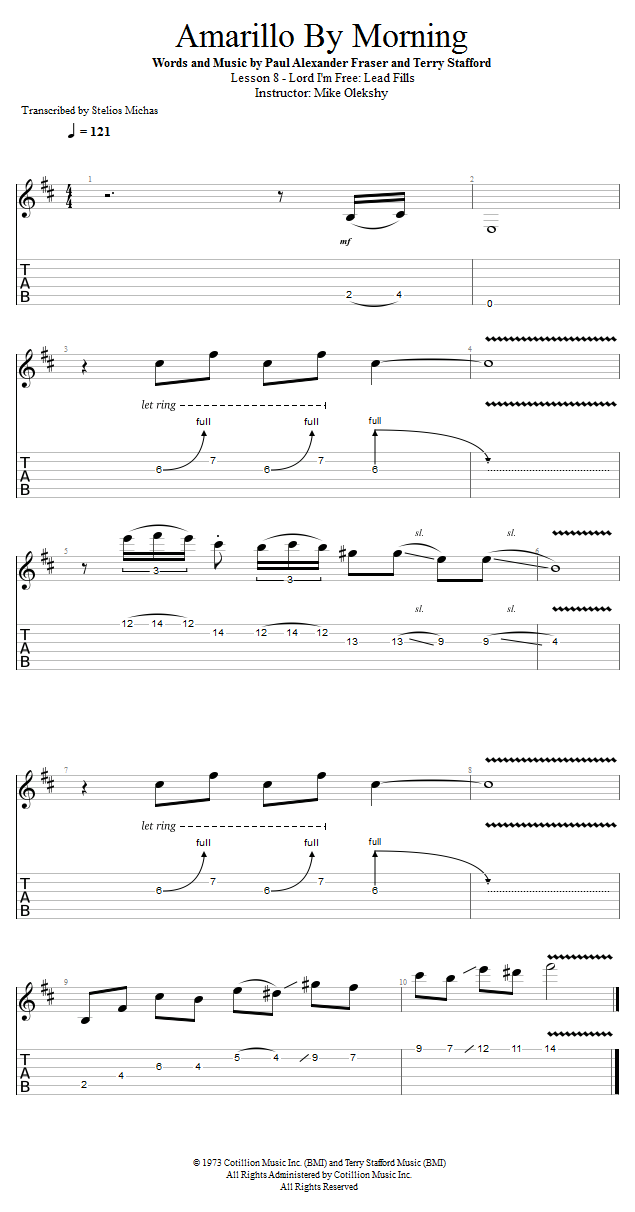