I'll Do What I Want: Chorus Rhythm Guitar

The progression we'll be playing in the chorus is: Db Ebmi Gb and Ab

We'll start out by playing triads. Starting with the Db, we're basing our triad on this voicing of Db, but we're only going to use the third, fifth and octave of the tonic.

We're doing the same with our Eb minor, only using the minor third, fifth and the octave of the tonic.

For the Gb and Ab we'll be using the same voicing as the pre-chorus, but we're gonna leave the low string out.

After this we're going to go between Gb and Ab, and then we go back into the re-intro.
Open In New Window 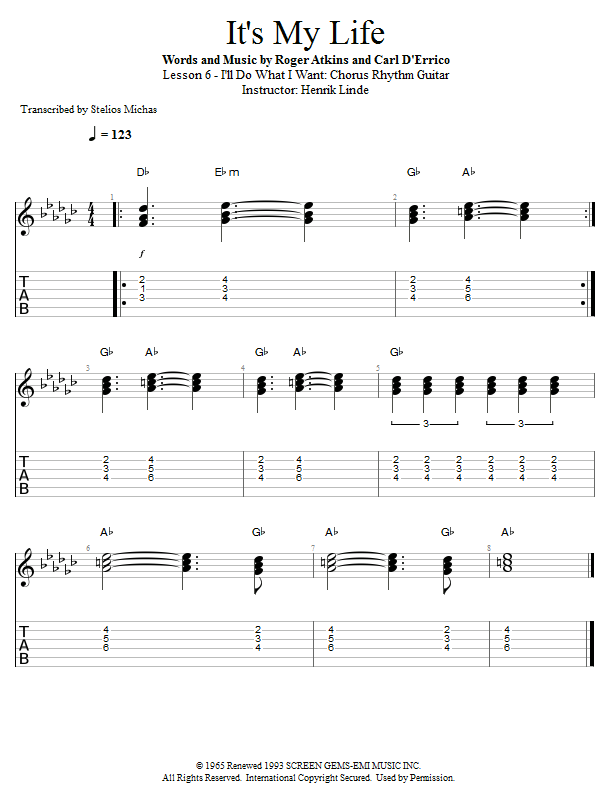