Let's try a few higher chord voicings with the three finger roll that uses four fingers. You'll learn some great new voicings for chords that you already know and they will sound great with the combination of open strings that allow the chord to sustain between chord changes.

This is a Chet Atkins trademark.

Now that we've wrapped up this study, I hope you've learned some new chord voicings and fingerstyle techniques. No one can play like Atkis without learning these basics of his style. With these tools in your toolbox you will be able to break down some of the things Chet does and also create some Chet Atkins-inspired works of your own. 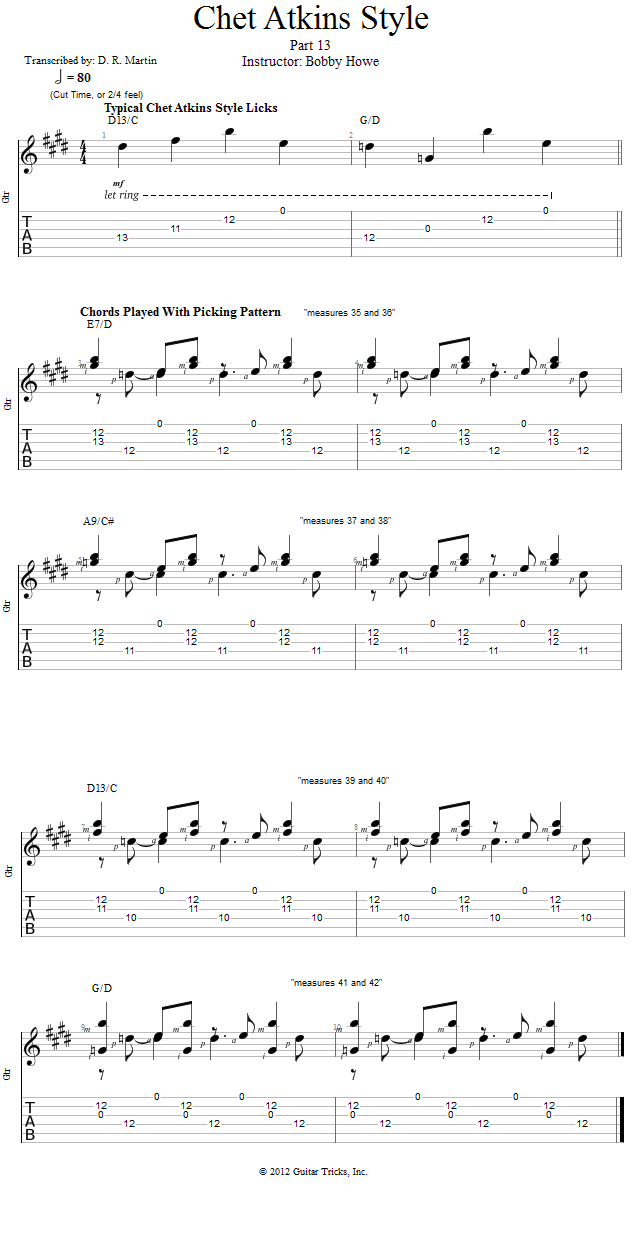