I Will Buy You A New Life

First we are going to take a look at how to play the guitars heard in the intro of the song. This is a simple one chord rhythm that sounds great as the rest of the band enters the song.

At the end of this part, we also have a really cool swelling effect being played that you can emulate with your volume knob or volume pedal. The chords being used in this section are a G5 power chord for Guitar 1, and a G major chord on the 12th fret of the G and B strings played using a volume swell.

Here are some key points to keep in mind as you play the intro to "I Will Buy You a New Life":

1. Four bar progression playing our eighth and sixteenth note rhythms on a G5 power chord. The tone can be achieved with just a slight overdrive with the single coil guitar in the middle position.

2. Second guitar guitar sneaks on the "and of 3" on Bar 4 of the intro, swelling into the G major chord on the 12th fret of the G and B strings. The tone can be achieved by using a dual humbucker style guitar in the bridge position with slightly more overdrive.
Open In New Window 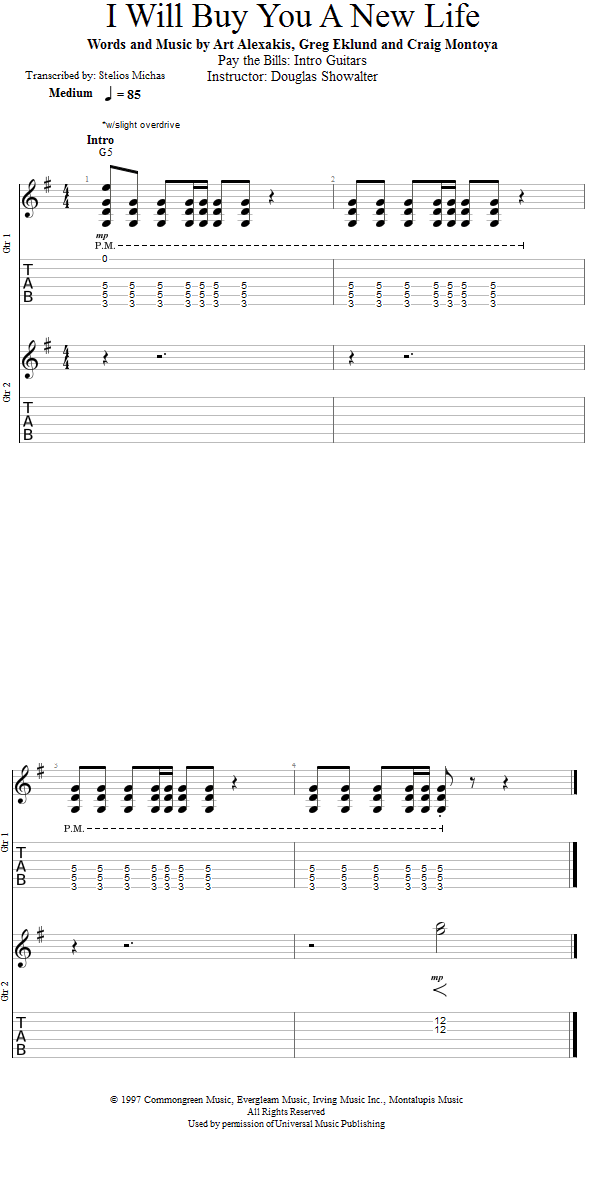 I Will Buy You A New Life