Missin' You So: Song Intro

The intro starts with two guitars just staying on A for 4 bars and the first guitar simply strums the A with just really light strumming.

Remember, because we're using a capo it looks like we're doing this in the key of G, playing the common open voicings but it's actually up one whole step.

The other guitar is doing this really cool suspended part where you'll play part of an A chord and then hammer on with your index finger on the third fret of the B string adding D, the fourth of the chord. Then you'll end it with playing an A on the high E string.

Also for the strumming guitar it's very important that from start to finish, you stay consistent with your strumming. You need to be steady as a train through the whole thing, playing this rhythm through out the song. Keep it light, but steady. This is something most guitar players have hard time with so spend some quality time with a metronome and play around with increasing the dynamics but keep time steady.
Open In New Window 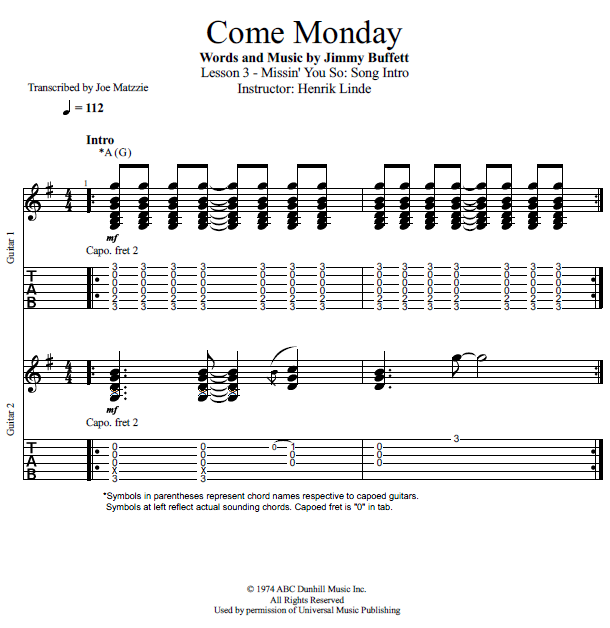