This is the trademark Roy Nichols solo, and what I mean by that is that Roy was very well known for licks like this. What made this different was he ended up on the 7th note of the scale, instead of the root or something consonant. That's what made this song different, and the reason I still play the signature licks on it.

I've always thought this was a great solo, and after the prebending it's really simple to play. I always play the signatures on this one, but may play a longer solo with my licks later on in the song.

The prebend lick that ends the solo is the same notes as the second one, but the C note does ring a little longer here. Be sure to try prebending both these notes, like Roy used to do in some live performances.

I also talked a little about tone, and how to get this sound. This may vary depending on what kind of guitar you're using, but you always want to use the pick up closest to the bridge. Pull back the lows on the amp, boost the mids and highs, and that should get you close to it.

Next I'll show you the fills played on the dobro, all through the song.
Open In New Window 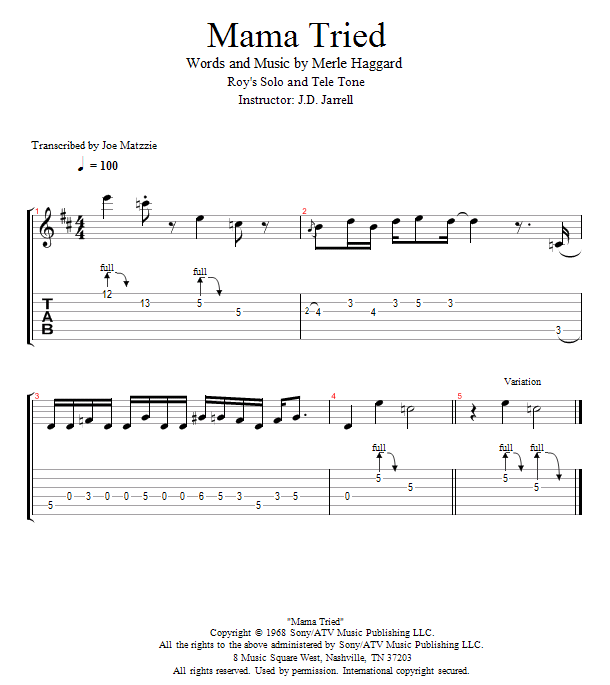