Now let's go back to the chordal idea and use the 6 Note Pattern from the two previous lesson with chords. I'll use E Major Chords and E Major Pentatonic for this lesson, but any chord will work. I like E Major because we can use a familiar sounding pattern that so many guitartists from the 50s used with an echoplex effect to get a slapback echo.

You'll notice that when I play the pattern slowly, there's an extra "hit" in the pattern in order to keep the riff in the pocket. When I play this pattern quickly, that extra hit is eliminated for speed and also so that the pattern maintains the pocket at high velocity. You'll also notice that I hit the strings on the fretboard, too. That weird sound also adds to the percussive effect and some of the weird overtones that one might get with a slapback echoplex effect. It sounds strange at first, but actually comes across as hip when playing with a group.

Try this with all chords and scales. 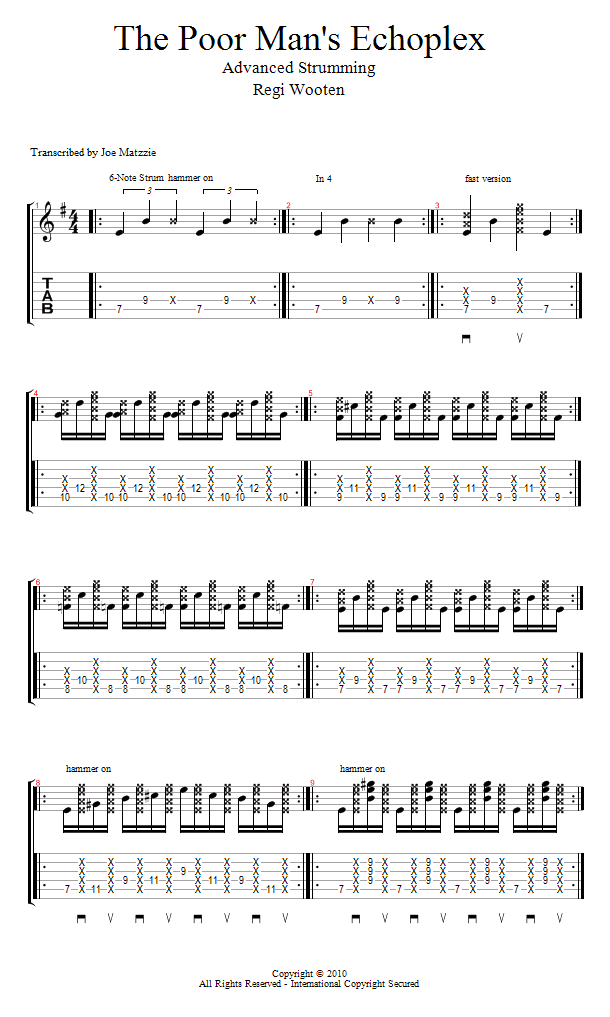