Eventually we need to make sure we are really getting the idea down. The goal is to play this exercise along with a backing track!

In order to do this play each pattern four times. That is an ascending group of six notes played four times each; 24 notes! That's a lot of repetition. Move to the next pattern up the fretboard and do the same thing with this pattern. Keep moving up until you are at the first pattern one octave higher. At that point play the octave pattern again, but next, start your way back down.

Keep going down the patterns until you arrive back we you started! 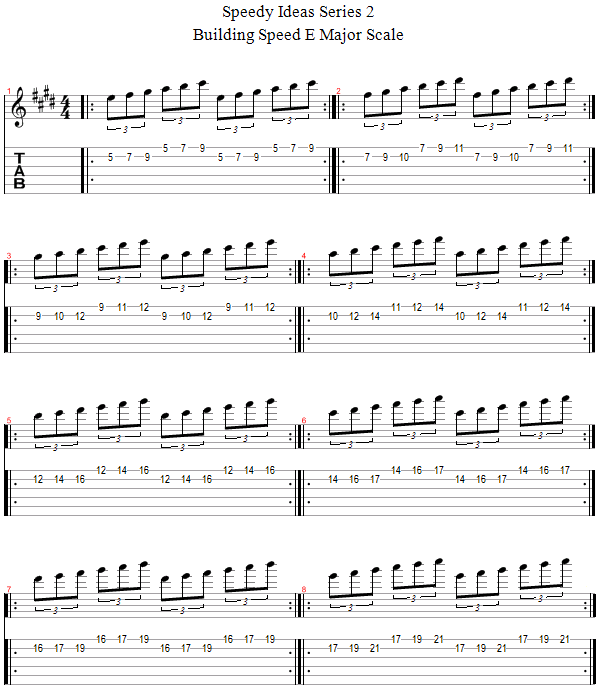