I Just Want to Celebrate

The short and sweet guitar solo uses a D minor pentatonic scale and a wah-wah for cut and effect. Nice and concise. It's only four measures long, but is a good example of making a solo statement in a brief space.

Despite the brevity of this solo, he makes judicious and tasteful use of a host of tried-and-solo techniques: a variety of bends, plus hammer-ons, pull-offs, and vibrato.

Try leaving your wah pedal on for the first half of the third verse. Nice funky variation!
Open In New Window 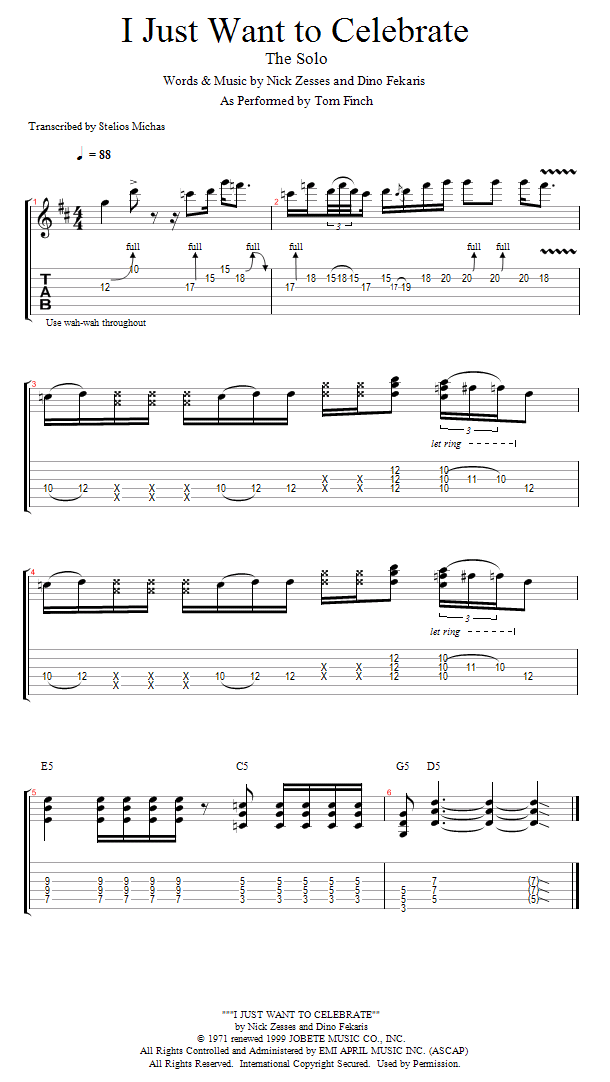 I Just Want to Celebrate