Tearing Up the Heavy Verse

Time to shred! Now we're into the heavy verse, and here Eric focuses on two of the tricker bits, both very different from each other. The first is an ascending minor sweep followed by a long descending series of pulloffs that just about covers the entire neck.

The minor sweep starts with the first finger, the second note is hammered on, and after that all the picking is in the same direction until
we reach the E string. When we reach the top, we're going to slide down, and then start a long series of pull offs.

We're picking where we have to as we change strings, and once again the idea is to make the run sound as even as possible by working the left hand. put the sweep and the pull offs together, and you cover a lot of ground.

At the end of the verse section, we then have an alternate picking lick that's basically the exact opposite of the descending lick we just played. This lick is what's called "groups of sixes", and you'll notice that I'm playing three notes on each string. For the second and third group, we start on the 5th note of the prior group.

From there, we switch to the B and E strings, and play diatonically ascending until we reach the top of the run.
Open In New Window 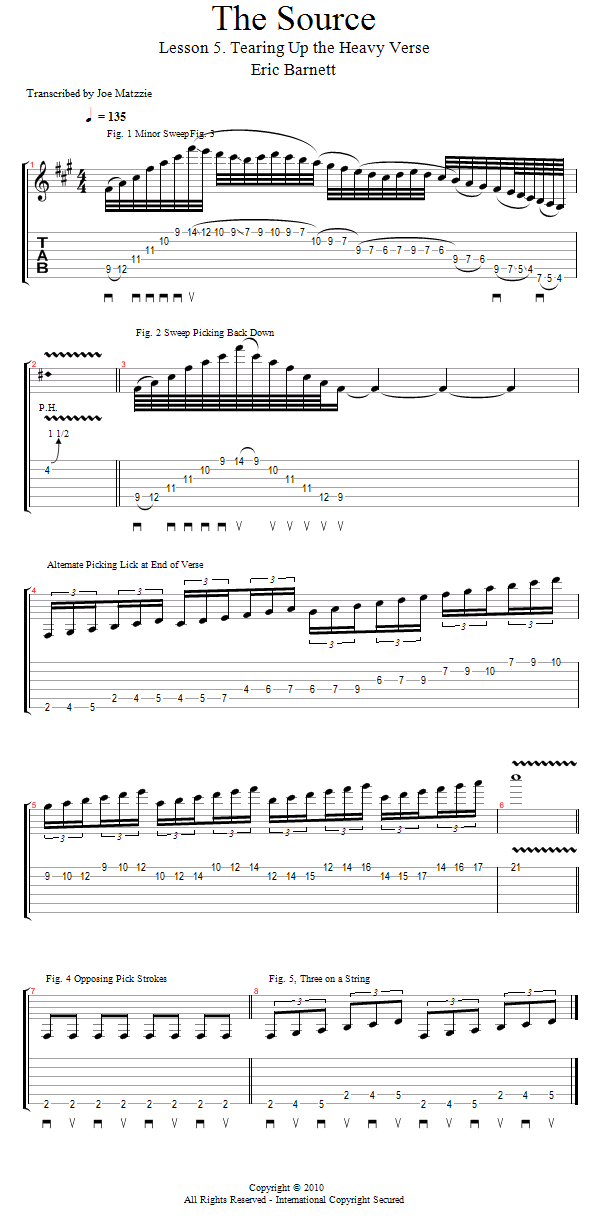